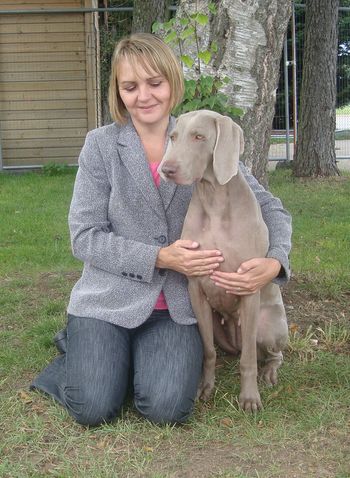 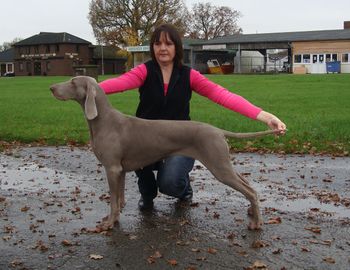 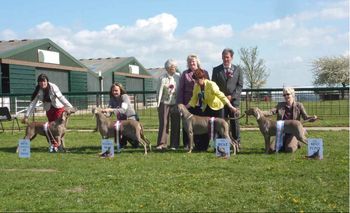 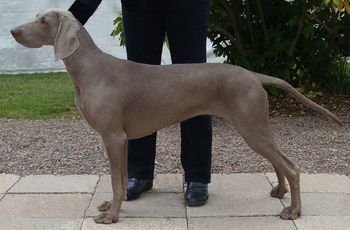 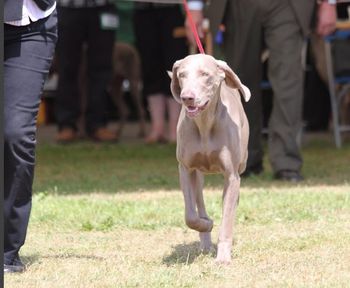 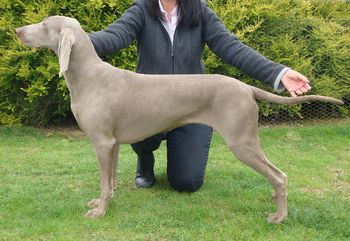 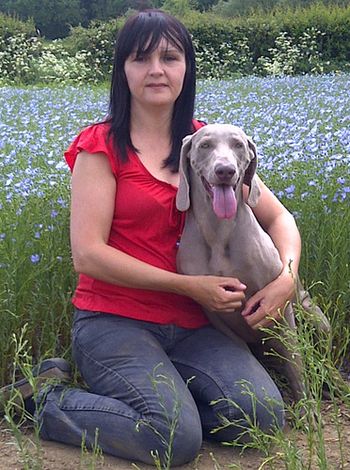 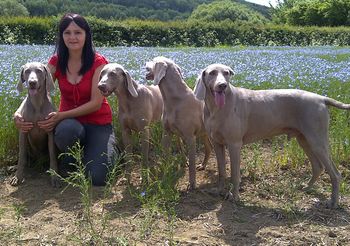 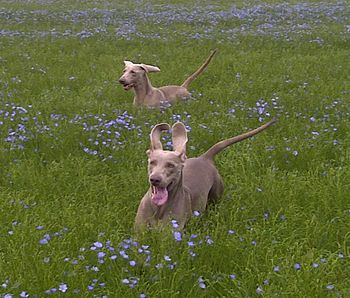 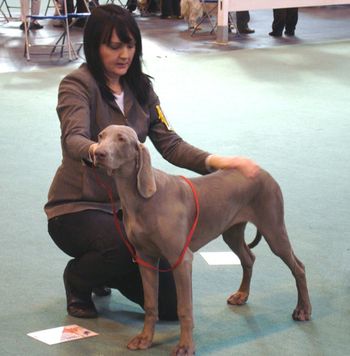 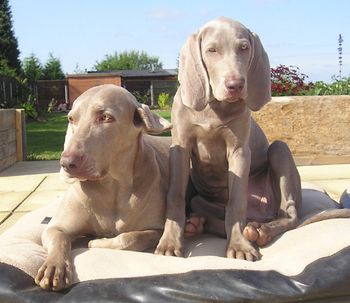 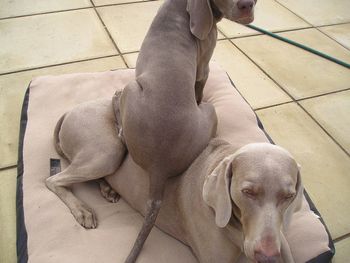 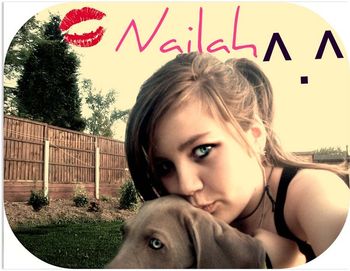 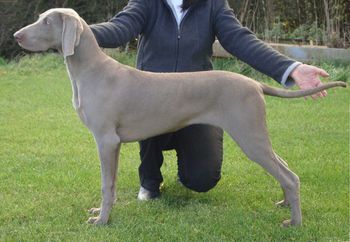 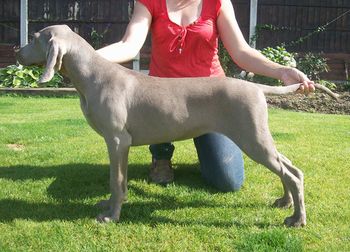 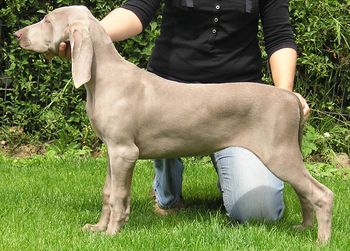 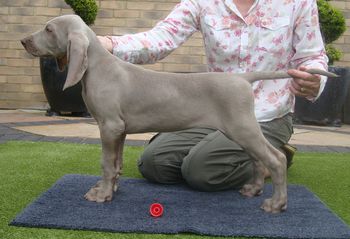 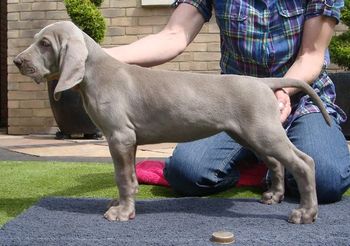 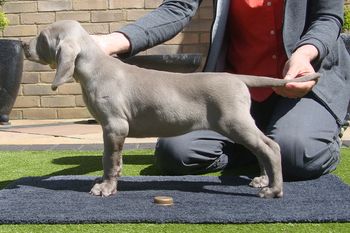 Nailah is owned and loved by Carmen, Scott, Grant and Georgia Burgess
She had a wonderful show career and always loved the show ring. She is now enjoying her retirement with her human and doggy family.
Scroll down to see her pedigree:
Nailah won Weimaraner of the year 2014 at WOTY and Bitch CC at Crufts 2013