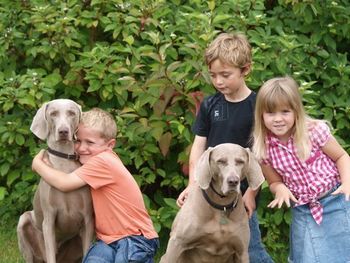 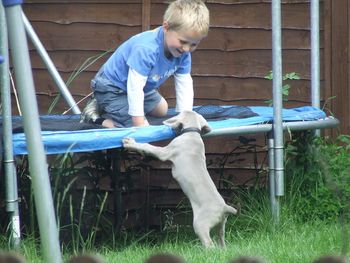 Can I come up? 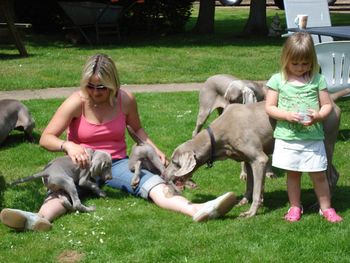 Saffron, Libby and her boys 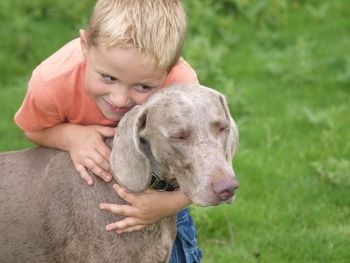 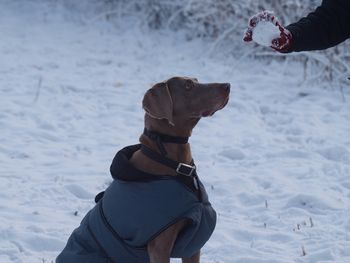 Ferdie enjoying the show for the last time 2009 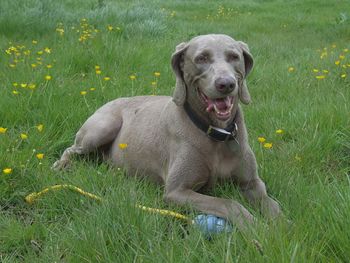 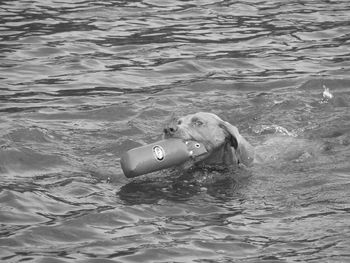 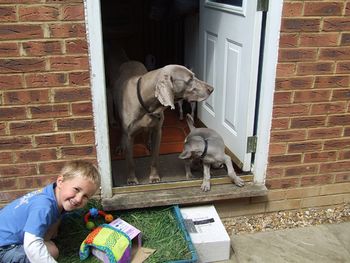 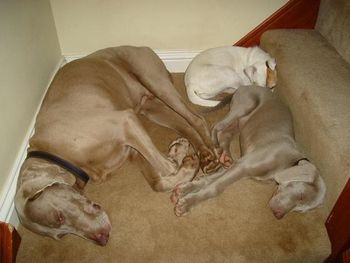 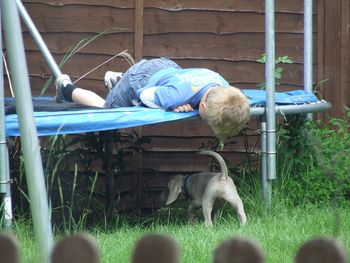 I first met Saffron in 1998 when she was looking for a Weimaraner puppy. She was expecting her first child and I don't sell pups to pregnant women.....usually.
Saffron visited the pups almost every day and convinced me that she was capable of coping with a baby and a puppy and so Ferdie went to live with her. She certainly coped and took on a rescue bitch as well who lived the remainder of her years in front of her fire. She also had another male from a friend of mine who unfortunately became ill and died aged 6.
In 2008 she was back for Kalimor number two, and Buzz went to join her happy family, which by this time had expanded to four children and a few ponies.
Sadly Ferdie had a stroke and died very suddenly in December 2009 and Buzz died in October 2013. They are all heartbroken.
Thank you Saffron for giving them the very best of everything throughout their lives.