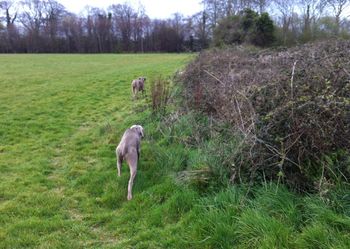 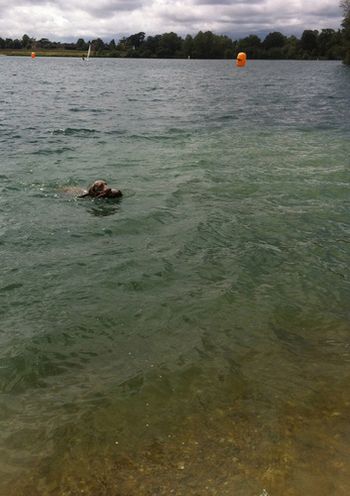 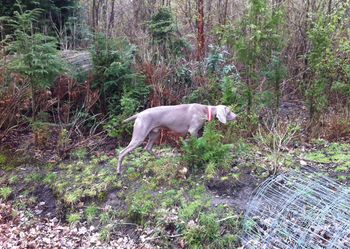 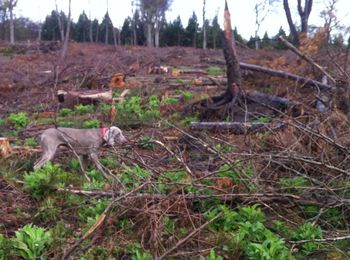 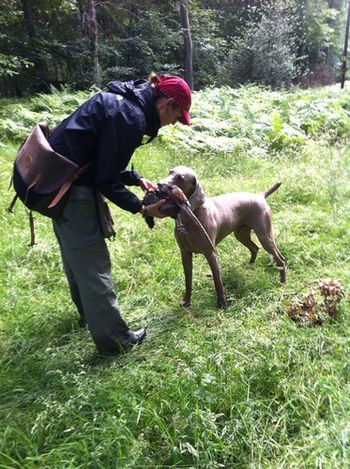 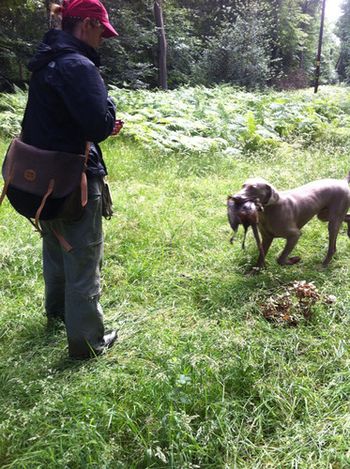 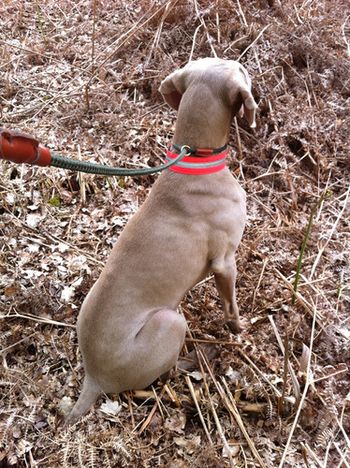 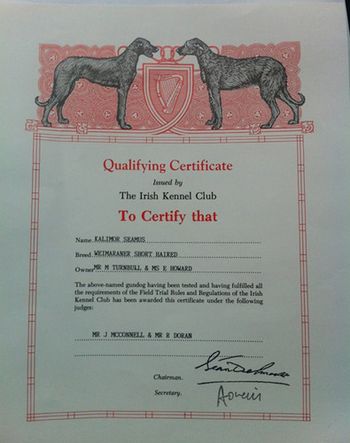 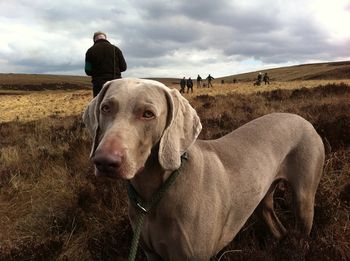 On the grouse moors 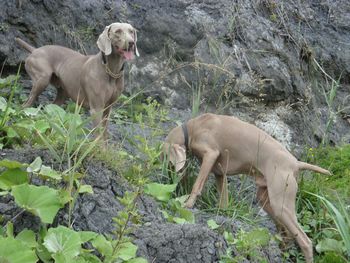 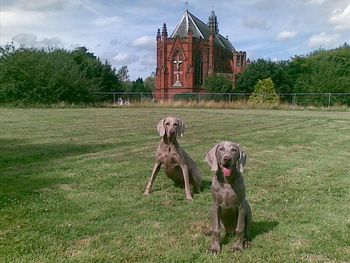 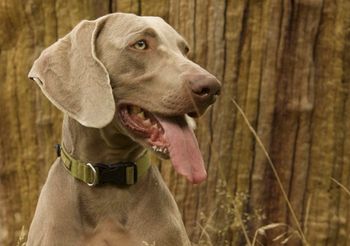 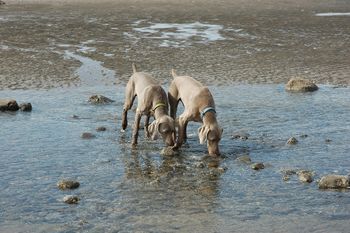 Seamus was owned and loved by Emer Howard and Matt Turnbull. He sadly passed away in March 2020.

Seamus was Emer's first working dog and this is what she had to say about her first field trial experience:

"Seamus entered his first field trial on Sunday November 20th - the GSP
Club of Ireland Novice Field Trial at Drumconrath. Following a fantastic
first run, Seamus progressed to round two where he worked a backwind
to indicate scent across a river, and on being sent across he locked on
point, going on to produce two birds on command that were
shot by the waiting Guns on the other side of the hedging. Owing to
the tricky position, Seamus was recalled, and after crossing a bridge
and a fence into the next field, I sent him in for a very tricky blind
retrieve in heavy cover which he completed with ease. Unfortunately,
owing to handler error (I picked up a dropped bird which had slipped
from my hand, which, unlike in the UK is against the rules in
Ireland), we were put out of the awards in spite of being the only dog
at the trial to retrieve his pointed bird! But all was not lost; Seamus was
called forward to complete the water test which I was worried about -
he fell into a lake when he was 9 weeks old, and it has been a long road
getting his feet wet again. However, the £90 spent on a new pair of waders,
and all of the mornings spent in a cold lake paid off as he braved the pitch
darkness to make a 25 yard retrieve of cold game from water. The gallery
erupted with delight, such was their joy at seeing him succeed following their
disappointment for us that we didn't get an award following my earlier
mistake. This success resulted in Seamus gaining his Working Gundog
Qualification Certificate, which means that he is two Green Stars (the
Irish equivalent of CCs, of which you need 7 in total) away from being
the first Kalimor full champion, or IR CH. Now that the first trial is out
of the way, Seamus will now be thrown into Field Trialling full-steam
for the winter months in both the UK and Ireland. As well as competing
in trials, Seamus is also a member of the Windsor shoot where he dogs
in daily, and a visiting rough-shooting dog at the Privett Shoot. He has
also been invited to Pick Up at the Kilruddery Estate in Ireland whenever
he is in the county. There will be a write-up about him following his
performance at the GSP FT in the Shooting Gazette over the coming months.
:-) can you tell I'm a bit proud of him."